So, for the past week I have been volunteering at a beautiful villa in Colón. I have been doing fun and strenuous work, met many new people and have had a great time. But after a week I figured that it was time to move on and seek greener pastures. As I have planed nothing for the rest of the trip I decided to go to Panama City and see what happened. The Austrian couple; Thomas and Susi had told me of Santa Catalina, a laid back surfing village by the Pacific. Besides that, I had also been reading all sorts of great things about El Valle de Antón; a small city located in a lush environment in the crater of a giant extinct volcano.

I left the house early and arrived at Luna’s Castle in Panama City at around 3 pm. After checking in I went to my dorm and met my bunk bed partner Matt, a twenty something year old guy from the east coast of Canada. Shortly after two girls entered the dorm and said their hello’s. They were going out for lunch and Matt and I joined them; hostels are simply the best place to meet new people.

On the way to lunch I stumbled into Nisim – he hadn’t been able to go to Columbia yet, but stayed at hostel waiting for an open spot on a boat to Cartagena.

During lunch I learned that the girls were Astrid and Nicole; of Swiss origin but living and working respectively in Canada and London. They had both taken two weeks off work to travel around Panama. We spent most of the afternoon walking Ave Centrale, eating ice cream and people watching in a nice small plaza.

Street boys chilling in the plaza 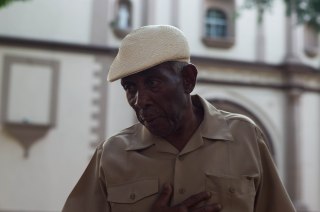 On the way back to the hostel we went past a kid with an Iguana on his head. I just took it for a toy and took no further notice until Astrid suddenly said “Wow, that’s a real Iguana”. I ran back, had to take that photograph. 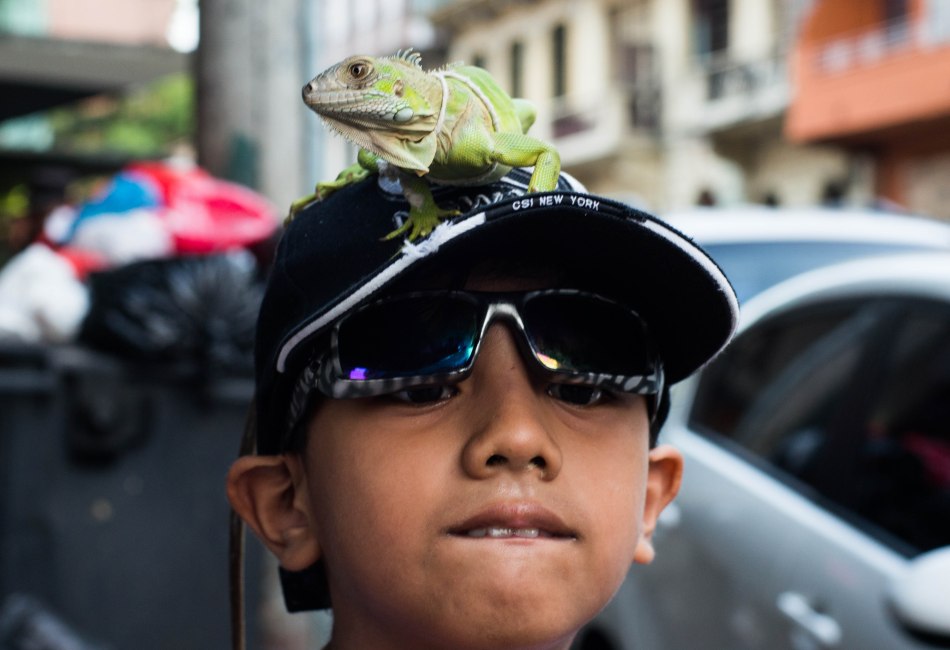 The police in Panama City are more like a small army. 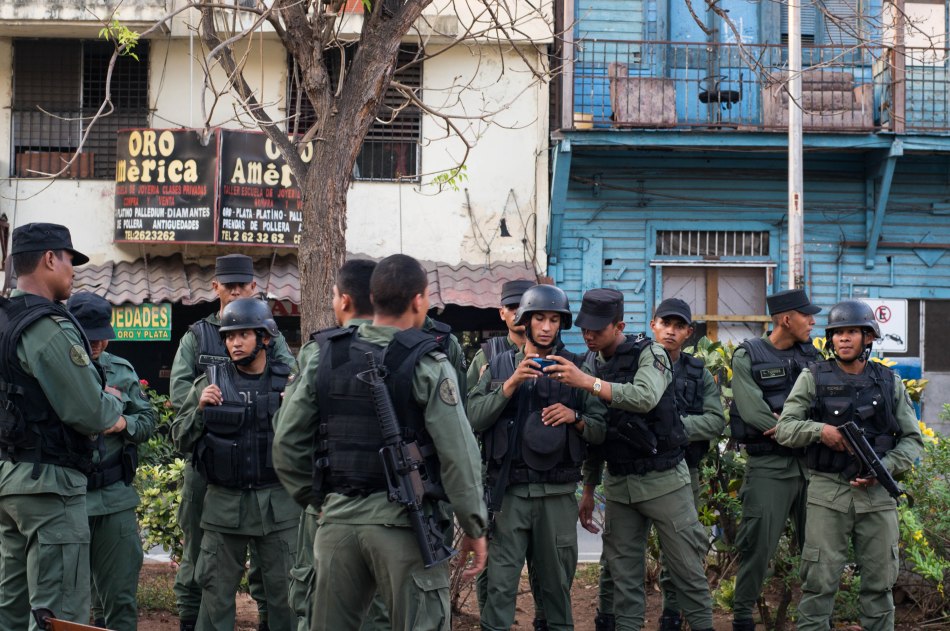 Later we decided that rum would make the night a whole lot better. We got Flor de Caña and Coke at a small street shop, put it in the freezer and went to eat at the Coca Cola Café. After transforming the hostels table tennis into a beer pong arena and substituting beer with rum, the rest of the night was kind of a blur.

View from the hostel balcony at night.

The day before I had convinced the girls that they should go to Santa Catalina instead of Bocas del Toro. So at the moment I am lying in a hammock in El Valle de Antón, listening to music with the girls and drinking red wine. The valley is nothing short of spectacular and the cabin we have checked into is luxury compared to the hostel. We live at a family owned property; they have a monkey, a tucano and a talking parrot – heaven! Tomorrow we are going hiking to explore the area, bathe in the waterfalls, soak in the hot springs and visit the orchid garden, maybe roast some marshmallows at night. After that Santa Catalina and surfing awaits!

We met José at a restaurant in El Valle, a really happy 4-year old who played at the restaurant while his mother worked. 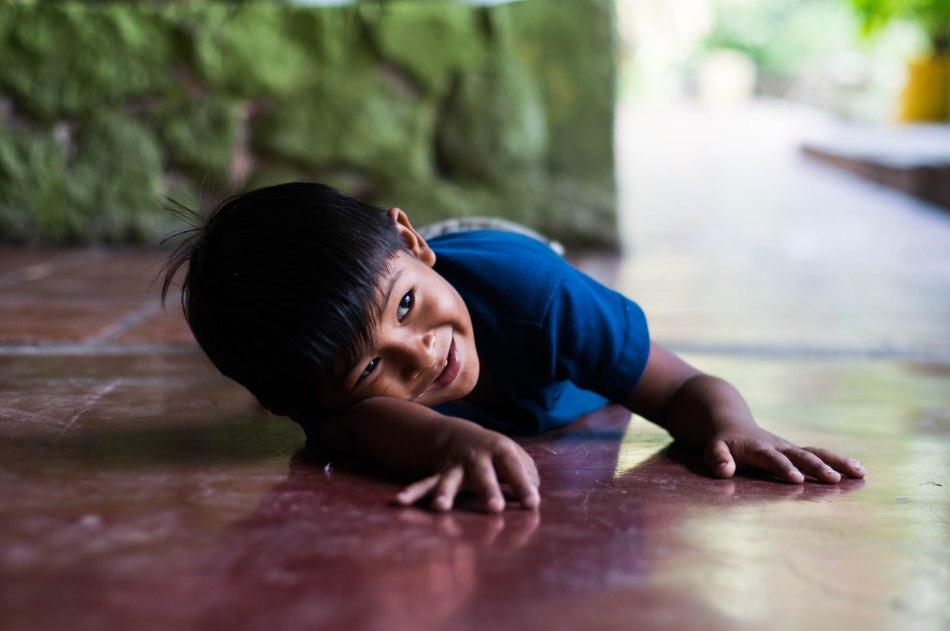